Have you found yourself wondering, “why is composting important?” You’re not alone.  It’s the number one question I get when people talk to me about Naples Compost. 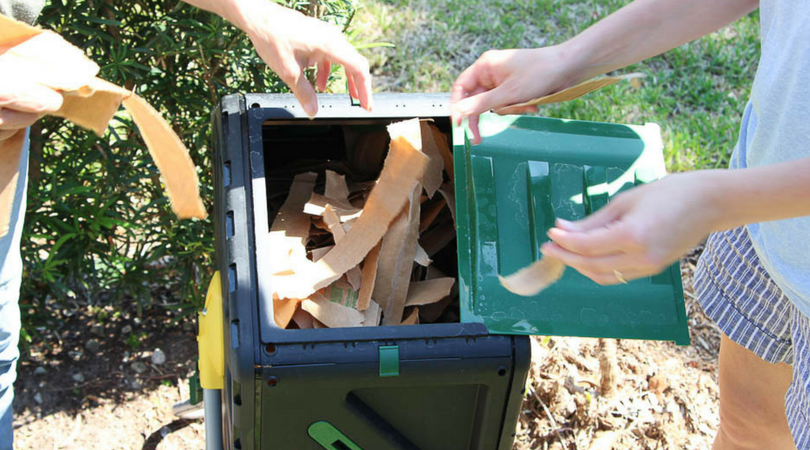 Before you can understand the importance of composting, you need do understand what it is. Composting is the process of turning organic matter back into soil. Vegetables, eggshells, coffee grinds, tea bags and anything else that is not animal-based can be put into a compost bin or pile and left to decompose. When put in the proper bin or sent to a large scale compost processor it only takes a few weeks to turn back into nutrient dense soil.

Composting is nature’s way of recycling

When plants die at the end of the season, they are naturally consumed by living animals and microscopic creatures. When we bring food into our house we have a tendency to throw it in the trash can instead of allowing it to naturally turn back into soil.

The importance of composting

When we compost instead of throwing food waste away, we reduce the amount of solid waste that is destined for a landfill.

This is important for several reasons.

First, instead of wasting food, the food is broken down into rich and soft soil that can be used again. This soil is referred to as black gold because it is so nutrient rich. It’s a natural way to make your garden thrive.

Second, by reducing the amount of solid waste we add to landfills, we are able to reduce the amount of greenhouse gasses going into the atmosphere. Landfills are designed to store trash, not break it down.  While not designed to break down trash, the trash does naturally start to decay, and when the trash does decay, it let’s off a lot of dangerous and flammable gasses such as methane, carbon dioxide, ammonia and sulfur. Methane is the most potent greenhouse gas, and landfills are the 3rd largest source of human related methane emissions.

Landfills do not make soil

When trash goes to a landfill it doesn’t eventually become soil again. In fact, the stuff we send to a landfill may never breakdown, only decay enough to give off greenhouse gasses.

The question shouldn’t be, why should I compost? It should be, why not compost?

Composting isn’t a new fangled thing or trend. It’s a process that has been around long enough that the Romans and Greeks did it. Farmers have been composting for centuries because it is a cost effective way to reuse waste.

Residential compost pick up can greatly reduce our landfill usage

Large municipalities across America are starting to see the importance of composting residential food waste and many have already started pilot programs. For those of us that don’t live in a city that provides residential compost pickup, backyard composting has been the best option for years. At least until now. Small residential compost pickup services like Naples Compost are popping up all over the country. We hope you see how important it is to compost instead of throwing your food waste into a plastic bag that will never decompose in a landfill.

To learn more about what you can compost, read this post.

To learn how to start your own backyard composting, read this post.

Head here to sign up for Naples Compost and let us remove the food waste for you.