Worms! Creepy, crawly, slimy, gross, right? No! These little guys are major players when it comes to composting. It’s called vermicomposting and I promise getting set up to do this is way less complicated than that name. In fact, let’s simplify and call this worm composting. 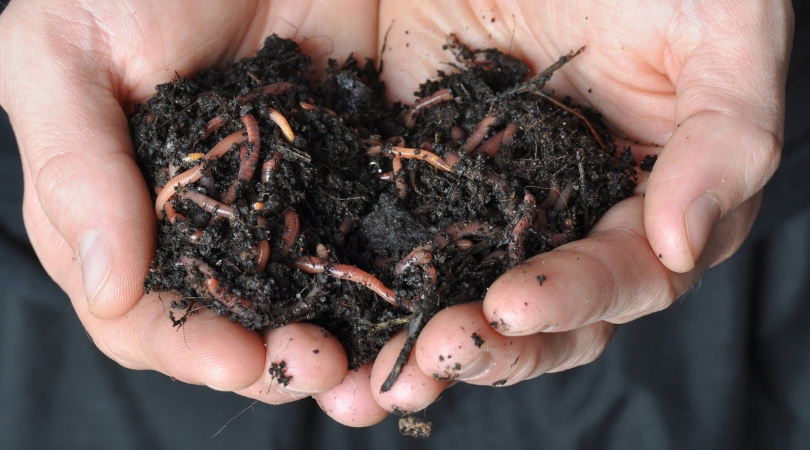 Vermiculture- also known as worm composting-  is garden composting process that uses earthworms.  This a great way to speed up and enrich the composting process. They eat and digest your compostable material to make rich, highly useable compost. All organic material breaks down eventually, but through vermiculture you can accelerate the process.

However, if you really do want to buy your own instead of making one, I recommend the ones below. Each of these have high ratings on Amazon. In fact, I even own this one and love it.

How to Make Your Own Worm Bin for Vermiculture Composting

I cannot stress enough how easy it is to make your own vermicuture composting worm bin.

Yes, you can go the route of buying worm bins, but there is a much easier and cheaper way to do this. It’s so easy that you can find all of your materials to do so at your local hardware store or Amazon.

SETTING UP YOUR WORM BIN

The first thing you need to do is set up a comfy home for your worms. Use your cardboard or shredded newspaper to create bedding.

Then you add your layer of food for the worms. As the worms feed and digest, creating compost, you add another level of bedding and food.

These smart worms leave behind what they’ve composted, seeking the next and new level of food. Onward and upward they go until you have your rich, garden-ready compost. You use TWO of your buckets for this process, switching back and forth as you empty the compost and layer bedding and food for the next round. The third bucket is used for catching moisture created through the vermicomposting process. 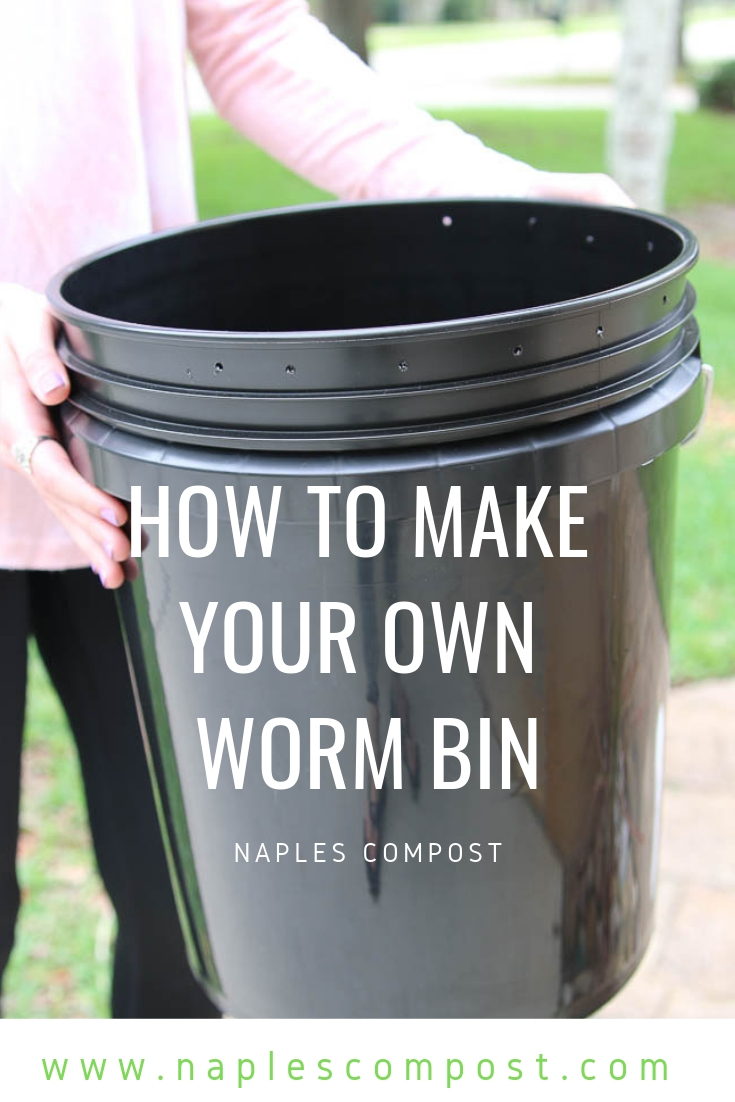 Step-by-step directions for setting up your worm bin 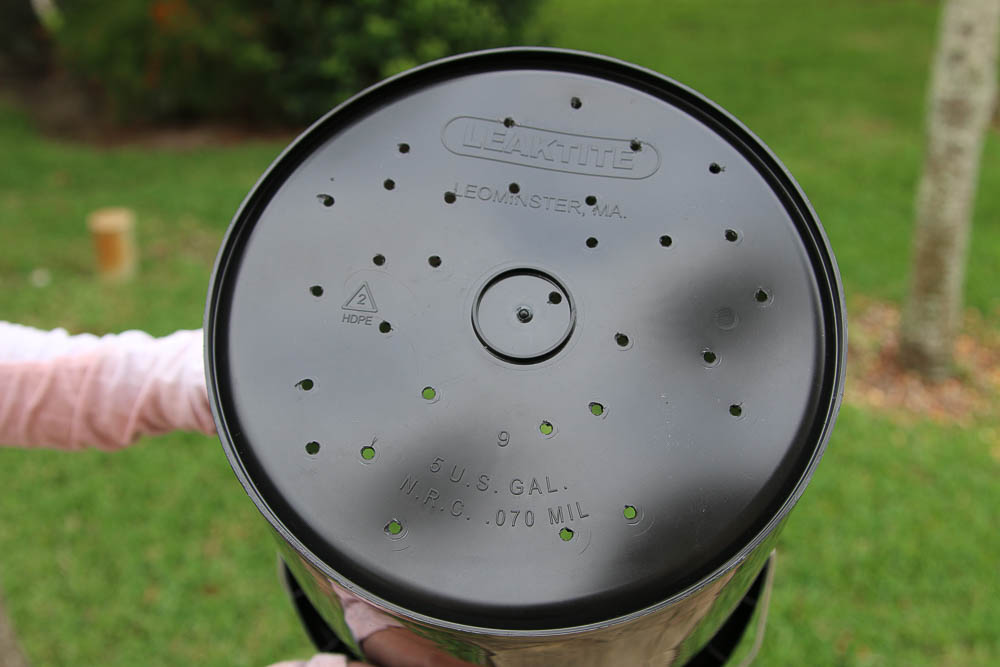 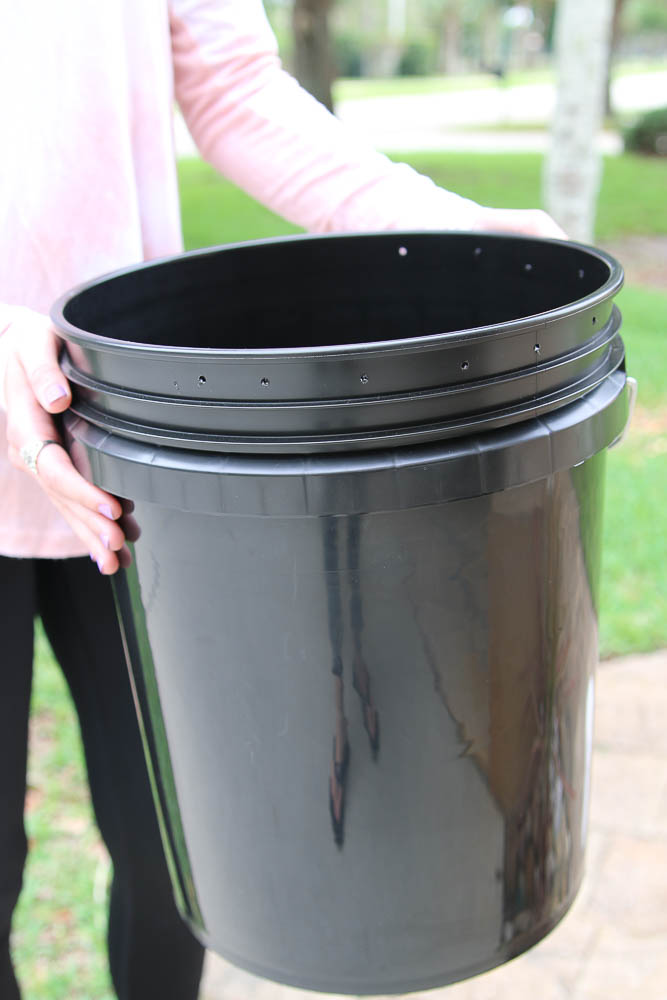 These two buckets are your worm bin! The first bucket without the holes is catching the water, the second bucket with the holes is creating your compost. Your third bucket (which also has holes) is for adding your next layer of bedding and food. Now that you’ve got your worm bin set up, it’s time to get your worms in!

Sit Back and Let the Magic of Worm Composting Begin

It’s important to allow for a couple of weeks to make sure your little worm friends have moved from one bucket to the next, once that has happened, you’re ready to harvest your compost! You keep repeating this process as the buckets fill up. Easy, right? One thing to remember is to check the bottom bucket for water. This is a normal part of the process and actually a bonus! This water can be reused to water plants! This vermicompost “tea” is also a rich fertilizer!

You may even end up with baby worms like us. 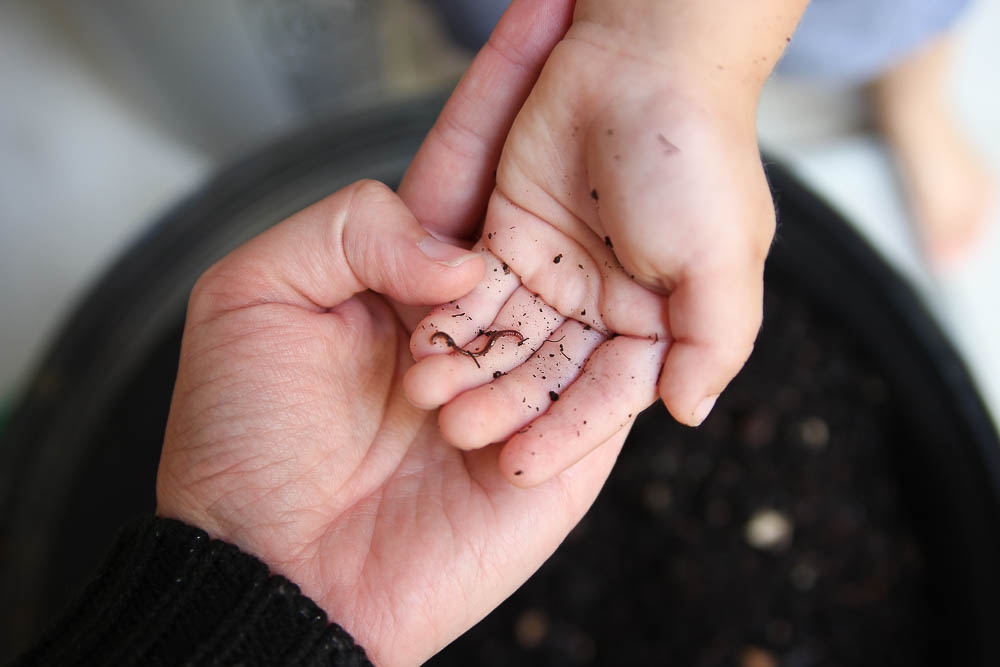 Check out this YouTube video on the Naples Compost channel to get detailed instructions on how to make your own worm bin.

A Few Pointers for Your Vermiculture Composting Bin

Moisture level in the worm bin is very important! Too wet isn’t good, so adding more bedding can help. But too dry will kill your worms! Make sure your bedding is damp, but not sodden. 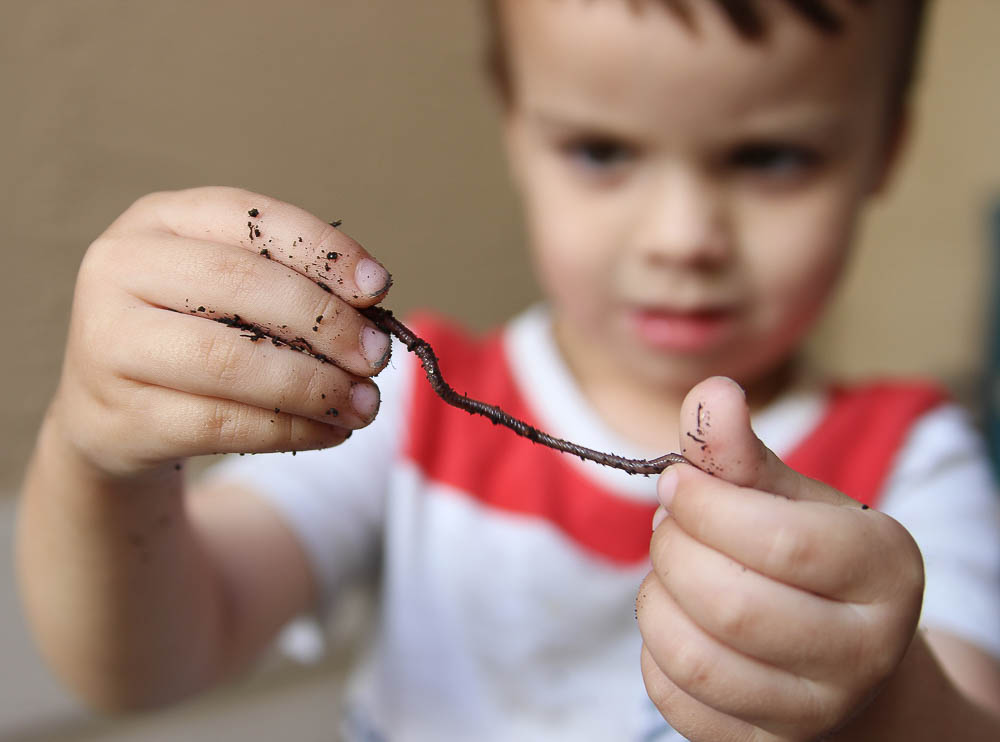 So there you have it! How easy! Who knew that some buckets, worms and time could create a simple but very effective way of making compost? You can keep your worm bin indoors our outdoors. A basement is a great place because it’s pretty climate controlled! If that’s not an option, anywhere indoors would work as long as it’s away from appliances – worms are sensitive to temperature fluctuations and vibrations. Outdoors works well for stacking and cleaning, so look for a shady spot to keep your worms cool.

Rather Buy a Worm Bin?

I get it. Sometimes it’s easy to just buy something when you are busy. If you want to shop the best bins, compare the most popular worm bins on the market here.

Now that you know how to make your own worm bin, it’s time to reap the benefits!

Learn how to use your worm castings here.

Learn how to make and use your worm tea here. 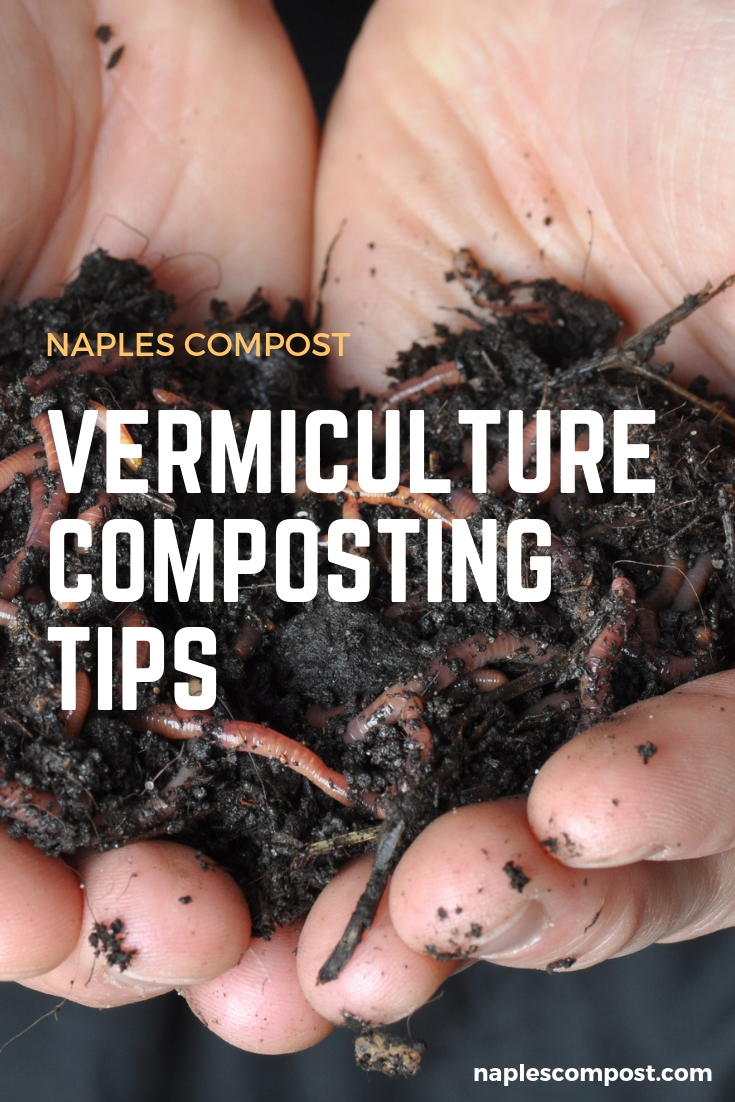